We are posting here listener statistics for month June'2015. 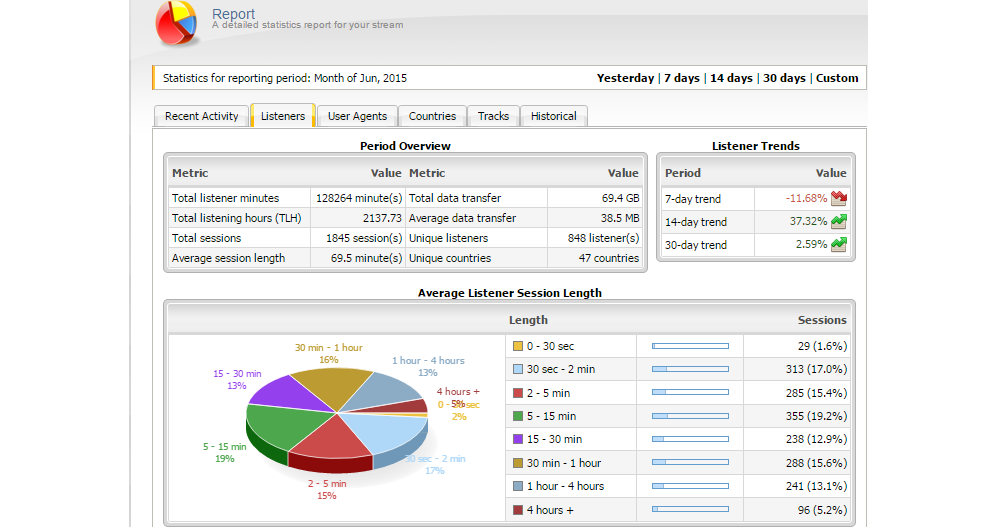 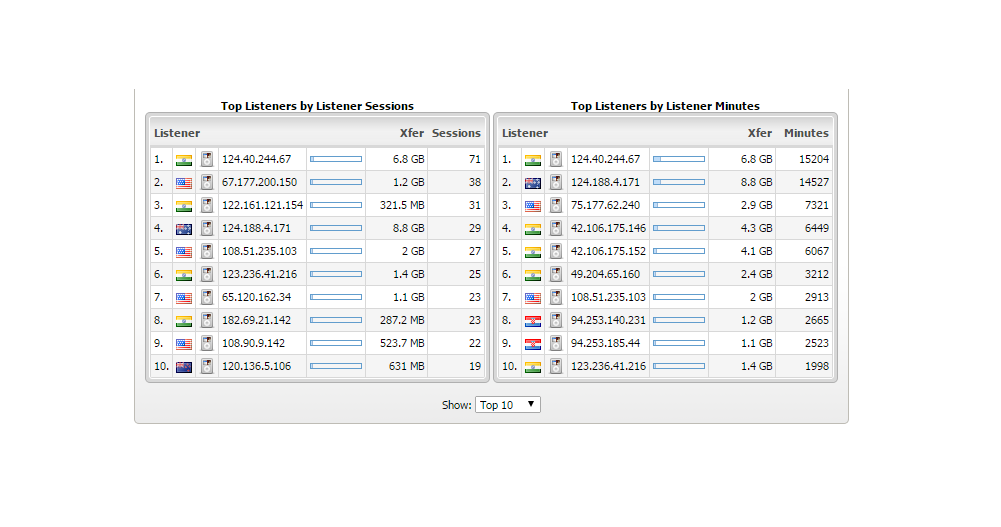 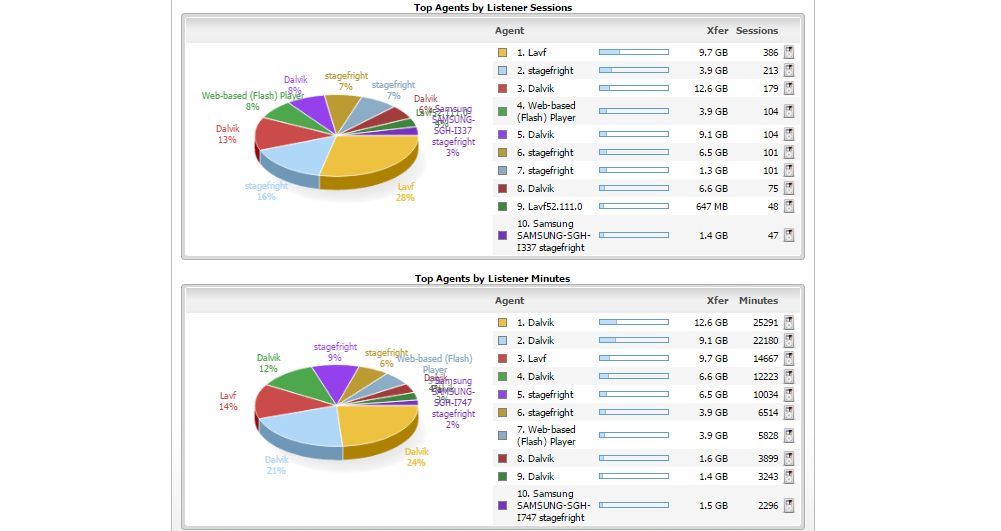 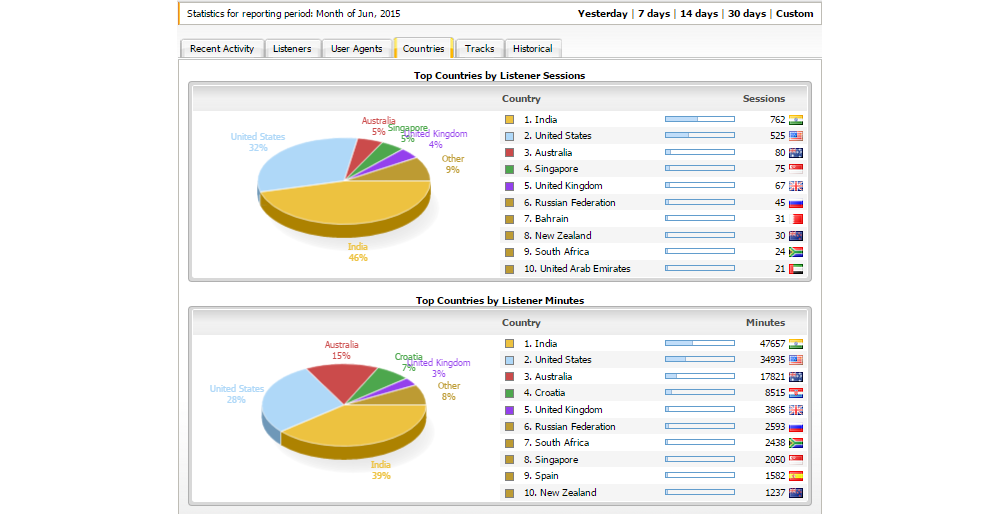 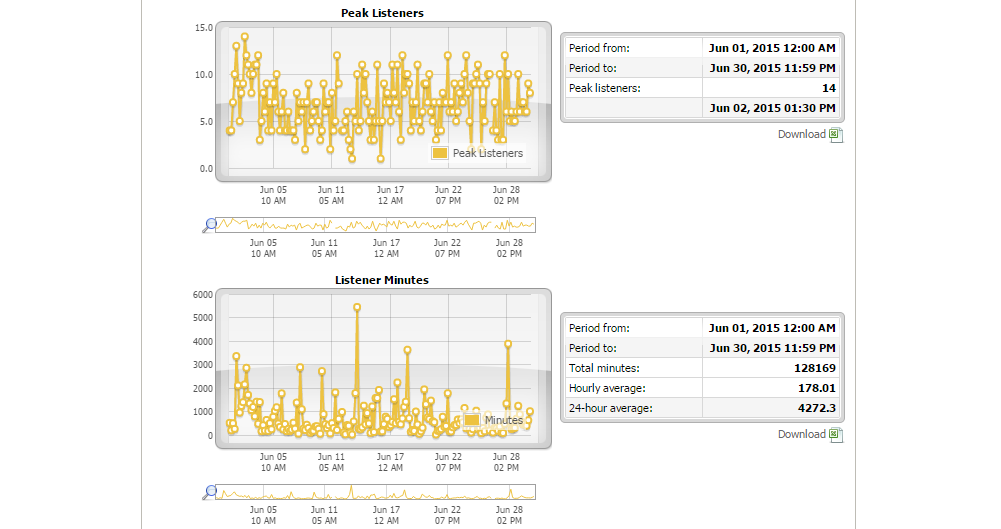 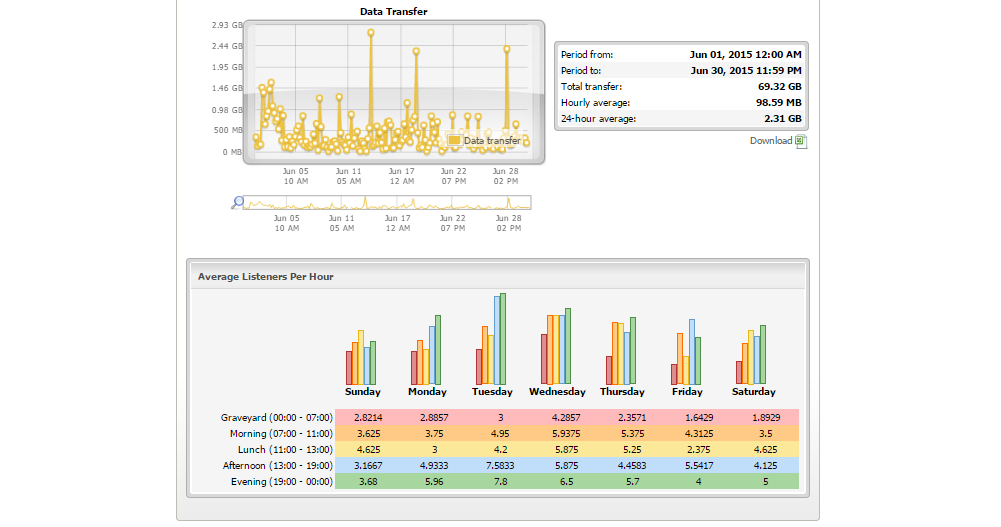 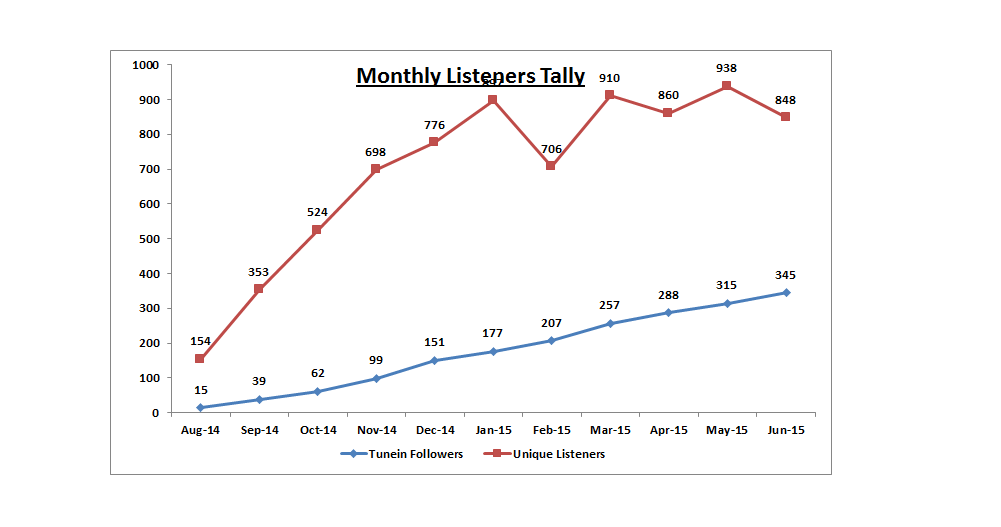 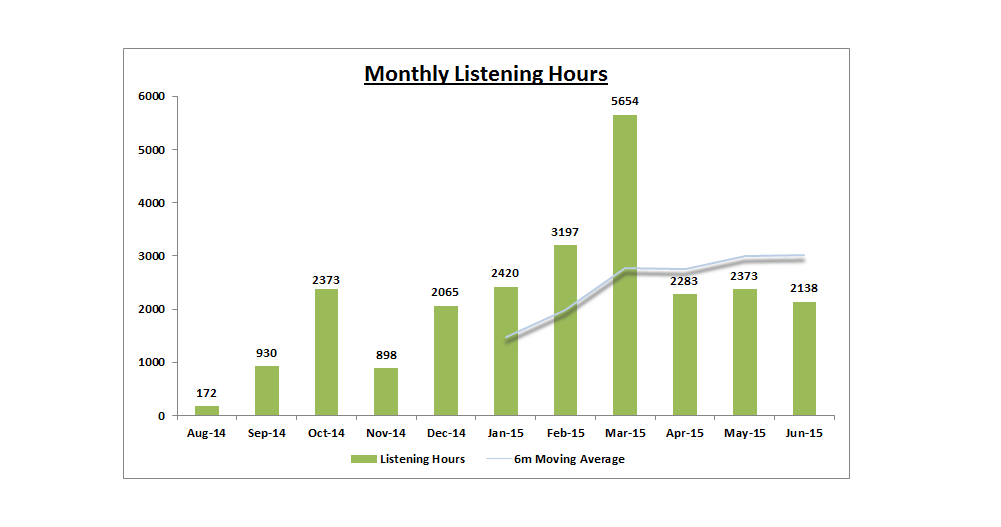 This time we have added another chart which shows monthly comparison of the number of Unique Listeners coming to listen & number of total Listening Sessions opened in a month. We have found that both goes in line with each other unlike the listening hours, this can be the better chart to analyze where are we heading. 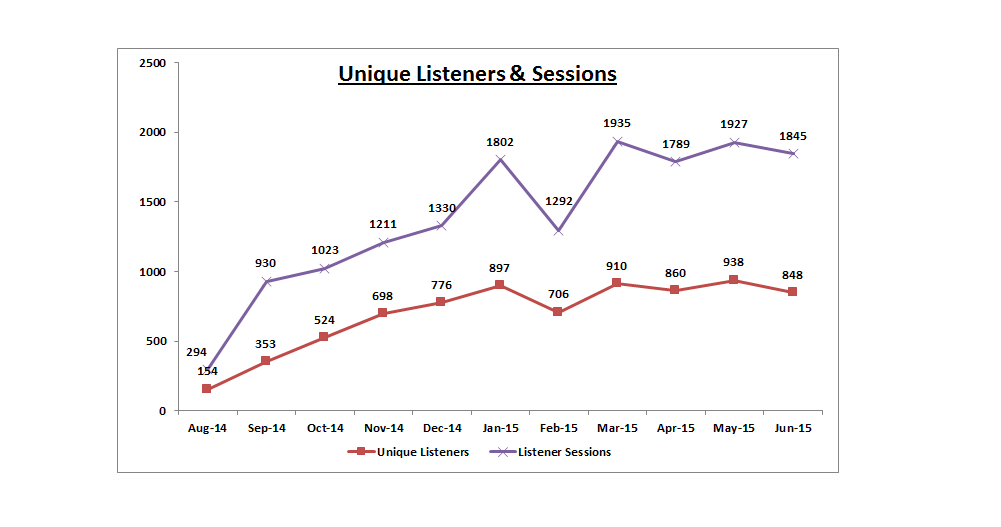 We have found that the recordings in our audio archive is lesser than those BBT has issued so far. As per our knowledge, commonly people buy DVD naming Srila Prabhupada MP3 Audio library which includes audio collection of His Divine Grace A.C. Bhaktivedanta Swami Prabhupada from 1966-1977 but this is not complete yet, BBT has time to time issued more audio lectures in DVD's with yearly classification like 1976-77, 1975, 1974, 1973 separately than the audio library DVD's. Most of the lectures available in yearly DVD's are there in Srila Prabhupada MP3 Audio library DVD's yet there are many more lectures which are new in these DVD's. Therefore, we will be updating our entire archive on our cloud very soon.

Srila Prabhupada stresses on hearing about the Absolute Truth in one of the purport as :

"The Lord can be realized through the aural reception of the transcendental message, and that is the only way to experience the transcendental subject. As fire is kindled from wood by another fire, the divine consciousness of man can similarly be kindled by another divine grace. His Divine Grace the spiritual master can kindle the spiritual fire from the woodlike living entity by imparting proper spiritual messages injected through the receptive ear. Therefore one is required to approach the proper spiritual master with receptive ears only, and thus divine existence is gradually realized."
Srimad-Bhagavatam 1:2:32

Therefore make listening to Srila Prabhupada as your daily activity and please make more people aware about Srila Prabhupada's , a pure devotee's vani so easily available in this Material World. 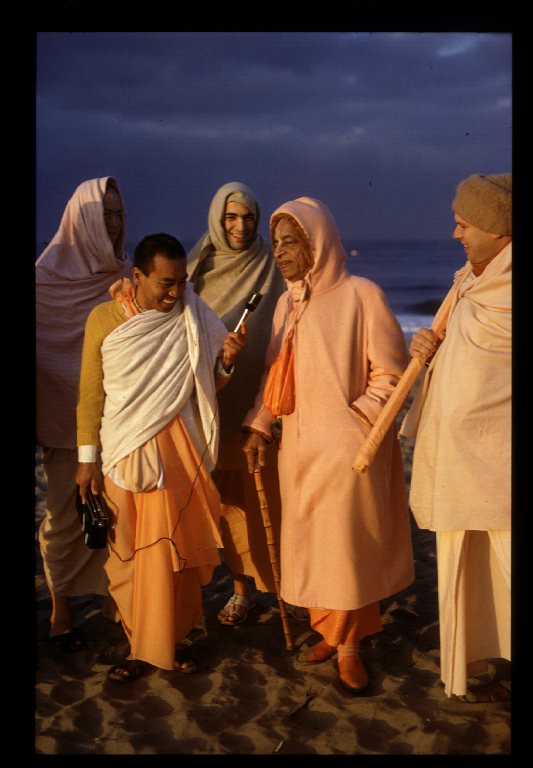